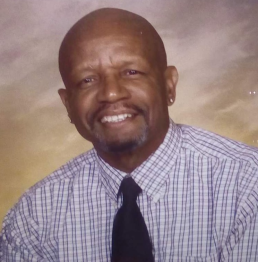 Robert E. Turner Sr.,76 also known as “EZ” died on May 12, 2022 at home. He was born February 16, 1946, in Williamsport, MD to the late Charles and Marion (Tyler) Turner.
Robert graduated from Williamsport High School, Class of 1964. He was an outstanding athlete during High School playing many sports. After he graduated from school, he enlisted in the U.S. Navy serving during the Vietnam War. He continued to participate in many athletic activities throughout his life. He was a member of a bowling league, playing for the Sunday Night Go Getters.
He retired from Mack Truck Industries in Hagerstown, MD.
He was a member of Zion Baptist Church of Hagerstown. He was involved in many ministries including the Adult Choir. He was also a member of Elks #278.
In addition to his parents, he was predeceased by a brother, James Lane and a sister, Maxine Lawson. He is survived by his devoted companion of 13 years, Brenda Harvey, along with his children - sons, Robert E. Turner, Jr and Michael L. Rideout, daughters Nicole L. Turner and Lonette D. Turner; 10 grandchildren and two great grandchildren; 4 sisters, Catherine Gilbert, Barbara Brock, Susie Wright and Christa Williams; many nieces and nephews.
A service of remembrance will be held 11 a.m., Saturday May 28th at Zion Baptist Church, 61 Bethel Street Hagerstown MD.
In lieu of flowers, memorial donations may be made to Zion Baptist Church and Hospice of Washington County.
Arrangements by Harman Funeral Home