To share your memory on the wall of Jeffrey Humelsine, sign in using one of the following options:

Provide comfort for the family by sending flowers or planting a tree in memory of Jeffrey Humelsine.

Provide comfort for the family of Jeffrey Humelsine with a meaningful gesture of sympathy.

On November 3, 2014, Jeff became the devoted husband of Donna M. Ventimiglia, who was by his side throughout his illness. He is also survived by his brother, W. Jason Humelsine and his wife Stacey, his sister Kelly Ellis and her husband Ted, nieces Katherine L. Ellis, and Colleen M. and Caroline A. Cain and nephews, Joshua A. and Aaron M. Humelsine, and by his mother-in-law and friend Jodell S. Ventimiglia.

Jeff was employed by Hollywood Casino at Charles Town, WV for 15 years. Prior to that, Jeff worked at Grove Worldwide for over 20 years. Jeff loved playing golf and was a huge fan of the Dallas Cowboys, as well as amusement parks and a roller coaster enthusiast. Jeff traveled to many amusement parks around the country just to ride their roller coasters.

Receive notifications about information and event scheduling for Jeffrey 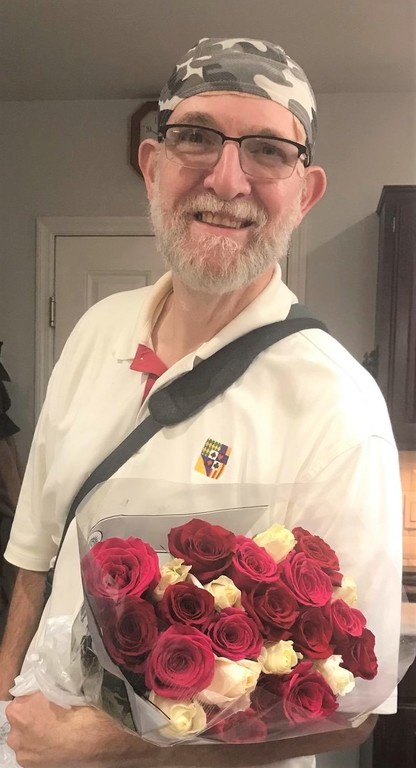 We encourage you to share any memorable photos or stories about Jeffrey. All tributes placed on and purchased through this memorial website will remain on in perpetuity for generations.

Honor the life of Jeffrey Humelsine by planting a memorial tree.
Plant a Tree in Memory of Jeffrey
Planted in the area of greatest need
CC

Uncle Jeff was always such a bright person to be around. He was full of fun facts and trivia, and you couldn’t help but laugh when he would crack one of his cheesy jokes. We loved talking about video games and TV shows with him. Most of all, we appreciated the unconditional love and support he gave our Aunt Donna and our grandparents, especially in their times of need. We will sincerely miss you and love you always! Love, your nieces, Colleen and Caroline
Comment | Share Posted Mar 01, 2021 at 01:52pm via Condolence
KS

Rest In Peace dear friend. Your smile and your kind words daily will be missed. I am glad to have had the pleasure to work with you through the years.
Posted Feb 27, 2021 at 07:50pm
DC

To my Dear sister, Donna, Your life was changed & enriched when Jeff entered into it. ♥️ It is again changed because Jeff was your rock. He loved you dearly & still loves you eternally. Our prayers will be with you always. ♥️ We love you! 💕🙏
Love, Debbie, John, Colleen, & Caroline Cain.
Comment | Share Posted Feb 20, 2021 at 02:26pm via Condolence
BK

Sorry to learn of Jeff's passing. I played varsity soccer with Jeff (and his brother Jason) at North Hagerstown High School in 1980. Jeff was always in a good mood, land I remember fondly his distinctive laught. I pray for the peaceful repose of Jeff's soul and healing and comfort for his family. Rest in peace, Jeff.
- Brian Kurtyka
Comment | Share Posted Feb 14, 2021 at 02:26pm via Condolence
PB

Jeff was a very dear, friend and neighbor. He was always the most kind and upbeat person you could ever meet. He was always there to help and take care of people. He loved going to Church and singing Worship to the Lord. He left us way too soon, he will never be forgotten .We love you Jeff
Comment | Share Posted Feb 14, 2021 at 02:06pm via Condolence