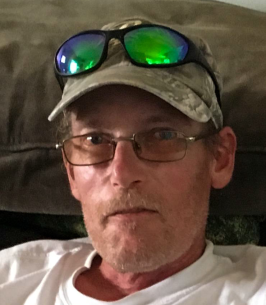 Brian Keith Crowder, age 56, of Hagerstown, MD passed away peacefully, after a short battle
with an aggressive lung cancer, with his older brother by his side on Tuesday, August 9th, 2022
at Meritus Hospital in Hagerstown, MD.

Brian was a loving son, brother and uncle to his family and is survived by his mother, Dorothy
Crowder, oldest sister Melanie Crowder, older brother Jeff Crowder, and youngest sister Gini
Crowder-Marshall.

Brian was an employee of Home Depot and loved his job as well as his Home Depot
community. He received many awards for his dedicated and excellent service during his time
with the company. He lived with John and Terri Lynch, along with their children for over 20 years
and they were like a second family to him.

Brian grew up in St. Marys County, MD and carried his love for the water, crabbing, fishing and
his lifelong ‘county’ friends with him until his passing. He is remembered as a loyal friend, co-
worker, brother, uncle, and son by those he has left behind. In lieu of flowers, donations can be
made to Hospice of Washington County either online or other.
See https://hospiceofwc.org/ways-give for more information.